A man who approached three security guards at a Los Angeles church with two swords was shot and killed after allegedly threatening the security guards. Details on if the guards were church security or a private security company are not known at this time.

The report is below: 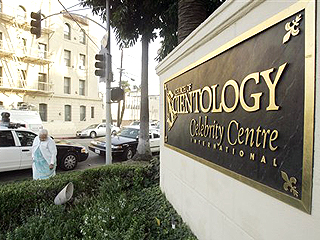 Police said a man who waved a pair of Samurai swords on the grounds of a Hollywood Scientology building had a “previous relationship” to the church, but released little other information about the man shot and killed by a security guard.

The man was “close enough to hurt them” when one of the guards shot him, Hara said, and after questioning the guards and looking at surveillance tape decided the shooting was justified.

“The evidence itself, it’s very, very clear,” Hara said. “The security officers were defending their safety.”

Police said the tape showed the man appearing at about noon in a red convertible, then approaching the guards with a sword in each hand before he was shot, Hara said.

Detective Wendi Berndt told the Los Angeles Times the man had been involved with the church in the past.

“There was a previous relationship, but it is unclear to what degree,” Berndt said.